8/1-2/15
After an unexpected change of plans to do the White Oak Canyon to Stony Man Mt to Old Rag loop, I decided to do a sunrise hike of Old Rag after a wonderful day of drinking IPAs.
I also wanted to do a shake down hike before I heading to Iceland to backpack the Laugavegurinn trail and test out some of the Peak Design camera equipment that conveniently came in right before I left.

I arrived at the Old Rag lot around 1700 and obtained my backcounty permit (The Old Rag station is the only one outside of Skyline Drive to obtain a backcountry permit)
I decided to head upstream the Nicholson Hollow Trail and find a camping spot.
As soon as I left the private property boundary and entered back into SNP I eyed some friendly trees right off the trail and I set up camp for the night. 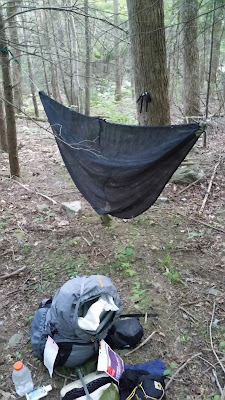 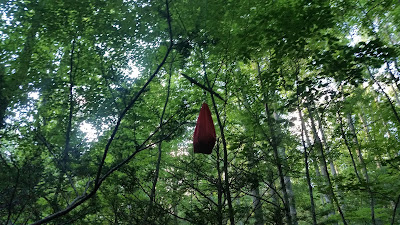 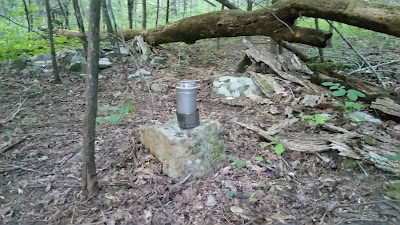 I wasn't sure how long it was going to take to hike up at night, so I set my alarm for 0200 and planed on getting on the trail about 0230. I woke up at 0130 and couldn't go back to sleep so I was packed up and hiking at 2. The moon was almost full and it was a clear night so I was able to hike without the headlamp for a while before almost falling into the creek. I arrived at the Old Rag trail head about 0215 and started up. I didn't see anyone else around as I started up, which was a little troubling since I figured there would a lot of people heading up as well since it was a weekend and a fullish moon.
The hike up was pretty easy going. I finally caught a breeze when I hit 2800' and then the fun started. Old Rag is pretty techincal during the day with the rock scrambling and having to shimmy down and up crevices and with a pack and in the dark, it was even more challenging. 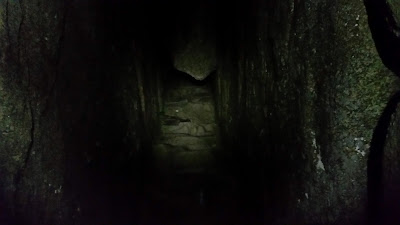 I finally caught sight of another set of headlamps as I reached the first set of rock outcrops a few hundred yards behind me. When I reached the 2nd set up outcrops I climbed up and dropped my pack. It was 0400 and the sun wasn't going to rise until after 6. It was pretty windy and I was soaking wet. I changed into my Ibex Indie Hoody and took out my car sunshade(which I use for insulation for hammocking) and found a flat spot behind a boulder out of the wind and took a quick nap. I heard a pair of hikers walk below me and I got up back to my perch. Looking over and down towards the first set of outcrops, I could see a sea of headlamps marching towards me. I guess I really started early. A few of them set up near me around 530 as the sky began to lighten up. 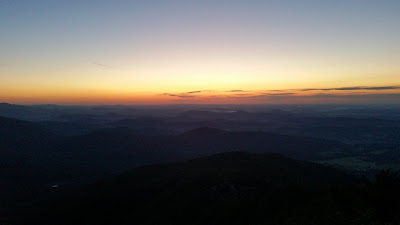 Watching the sun creep up inch by inch was pretty amazing. 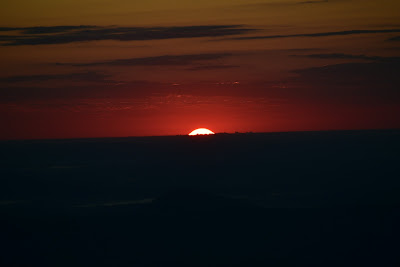 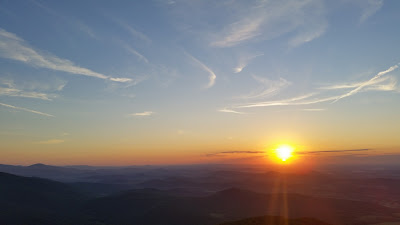 On the hike down, a camper came up to me from their camp on the fire road and said he just had a black bear encounter in their camp(I didn't see a bearbag hanging). I kept a look out but had no luck seeing it. On a side note, the Peak Design Capture was very solid and worked well with the Leash and Clutch 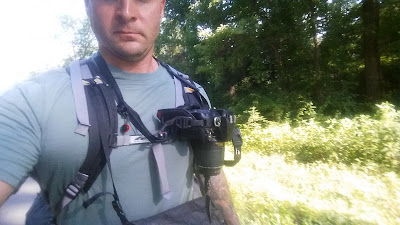